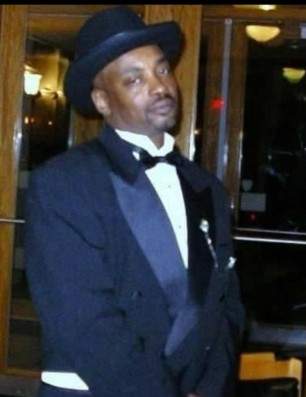 He graduated from Holy Rosary (Middle School in Virginia) in 1974. In 1979, he graduated from North Chicago High School as Cassonova. This name signified him for his talent in school plays and his first introduction to modelling men s apparel. He studied at San Diego Community College and completed a certificate program for Pipefitting in 1991. In 1997, he completed a certificate program for Construction Occupations at MacMurray College in Jacksonville, IL. With such skilled talent in carpentry, he became a supervisor for Kangas Construction. He helped build many apartment complexes in the Lake County area. His favorite projects were flooring and painting. Outside of his work, he had many hobbies. He would fix cars, help with home repairs, attend social gatherings, become a member of the bowling league, and most of all, model for men s attire. He would always reminisce about his past accomplishments and the many places he traveled. For instance, his advancement in ROTC in high school, his time spent in the Army, his experiences as a DJ in Puerto Rico, and recalling moments in raising his five children (Latisha, Andre, Alicia, Woelfgang, Sabrina) in San Diego, CA. He also had two additional sons (Jeremiah and Andre). He was a loving grandfather who always made his grandchildren happy.  When Andre remarried in 2000, he welcomed an additional two children (Vinson and Dennis) with his wife Shirley. For years they planned functions together and helped raise their children. They enjoyed planning family events and also were a part of various charitable organizations.

To order memorial trees or send flowers to the family in memory of Andre Tucker, please visit our flower store.