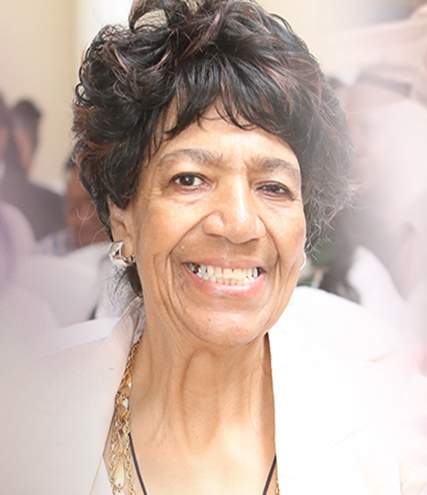 Barbara S. Hill was born in Bessemer, Alabama as the second child to the late Cleveland and Minnie Louise Reid. She was preceded in death by her only brother, Cleveland Reid Jr. Barbara attended primary school in Alabama and moved to Illinois in her early years, where she continued her education. She later met and married the love of her life, the late Wilbert M. Hill and into this union 8 children were born.

Barbara was known to be the hostess with the moistest; every event she had drew a crown. She loved to entertain her family during the holidays providing a big southern spread with her famous goulash and an assortment of cakes and pies. Holidays at the Hill residence were always full of love, laughter, and plenty of entertainment.

Barbara was employed at the VA Medical Center for over 20 years. She later became employed at Abbot Laboratories for 10 years and then retired. After retirement she kept herself busy with traveling with her husband, digging into her family history, redecorating her house monthly, and spending time with her grandchildren.

In her sickness, Barbara held fast to her faith, which was bigger than the size of a mustard seed because she knew that there was a power greater than her that ordered her steps. She openly accepted and declared Jesus Christs as her Lord and Savior.

Friends may visit from 11 am until the time of service at 1 pm on Friday, August 13 at Warren Funeral Home and Cemetery, 1475 N Cemetery Rd. Gurnee, IL. Burial will follow at Warren Cemetery.

To order memorial trees or send flowers to the family in memory of Barbara Hill, please visit our flower store.