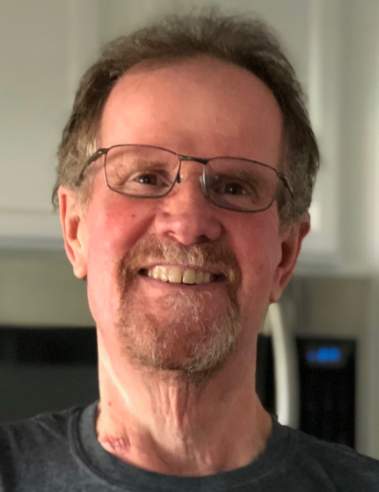 Mr. Bruce Ernest Hastings of Gurnee, IL passed away on Thursday, June 25, 2020 at the age of 64.  Bruce was born to parents Bruce and Nellie Hastings (Fitzspatrick) on March 20, 1956 in Plano, IL. He grew up as the youngest of six and attended Plano High School. In his words, his parents saved the best for last.

After nearly 20 years of working at Caterpillar as a lineman and as an active and outspoken representative of the United Auto Workers, he transitioned to Handy Kenlin Group as their director of operations for 14 years.  At retirement, he moved to Texas and filled his time assisting contractors at Home Depot near the Gulf of Mexico.  He loved giving up the coats and gloves that come with the winters of Illinois to wearing a pair of flip flops and walking miles on the beach.

Bruce was blessed with a large and loving family.  In 1979, he married his high school sweetheart Theresa Connolly (Stockon).  In the 15 years of marriage they had two beautiful children, Jillian and Justin.  In 1998, he married Deborah, his soulmate after answering a dating article in a newspaper.  He became the loving father to an additional three daughters, Valorie, Melissa and Nicole.

Bruce is a man of God.  He was a deacon at the Faith Church of Grayslake, IL wherein he found joy leading Celebrate Recovery.  He assisted in other churches in various capacities as well, living the life of a disciple.  His selfless love and ability to create deep and lasting relationships allowed him to be the light for those in need.  Bruce was an inspiration to others for his unhindered worship and heart for Jesus.

He loved a good sausage, bacon, onion and green pepper pizza ordered well done.  He was always ready with a joke and never missing a punch line.  Bruce had an infinite love for his Vikings and his Sox, regardless of their record.  A true fanatic.  Bruce enjoyed taking naps with a lapful of dogs.  He gave the best hugs, making you feel safe and secure.  While he had a heart capable to love everyone radically, his greatest love of all was his family with his grandchildren being his absolute pride and joy.  Lastly, he will be remembered for the love and adoration he showered on his cherished wife of 22 years.

Bruce requested to be cremated.  Services will be held at Warren Cemetery in Gurnee, IL with memorial from 4-6 pm and funeral at 6 pm on Wednesday, July 1, 2020.  The family would especially like to thank Branden, Nicole, Jayden and Alanna for their excellent work and loving care.  In lieu of flowers, please send a donation to The Esophageal Cancer Awareness Association.

To order memorial trees or send flowers to the family in memory of Bruce Hastings, please visit our flower store.