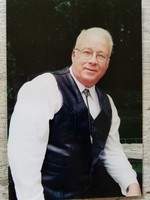 Charles was a Veteran of the Army and served during the Korean War as a Medic. He retired as a Licensed Practical Nurse in 1998 after 37 years from Lake Forest Hospital. He also did private part time duty in various nursing homes. Charles also loved to sail on Lake Michigan and the Gulf of Mexico.

Charles was preceded in death by his parents, Charles and Rita Pauline (Cunningham) Williams, three brothers, Sidney, Conard, and Clyde Williams, and his wife, Charlotte Williams.

Visitation will be on Monday, May 8, 2017 from 5-8PM at Warren Funeral Home, 1475 Cemetery Road, Gurnee, IL. Services will be on Tuesday, May 9, 2017 beginning with visitation at 10AM until time of Service, which is 11AM in the Warren Funeral Home officiated by Pastor Mike Ryczek. Entombment will immediately follow the service in the Warren Cemetery.

In lieu of flowers, memorial contributions can be directed to the Rolling Hills Employee Fund, 3521 16th Street, Zion, IL 60099.

To order memorial trees or send flowers to the family in memory of Charles Williams, please visit our flower store.