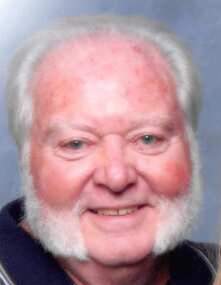 David Campbell, 81, of Sun City West, Arizona passed away Saturday, September 25, 2022, at Love and Care II assisted living, LLC as a hospice patient. He was a resident of Arizona for 33 years. He was born in Hazard, Kentucky on July 14, 1941, where he lived until his parents brought the family to Illinois for a better life for themselves. David worked at International Harvester for several years until he was recruited by the College of Lake County Illinois to teach Propulsion Engineering at the Naval Base in North Chicago, Illinois. He graduated from AMI (American Management Institute) where he received his master's degree in Business Management. David enjoyed camping, gardening, fishing, grilling, and most of all his family.

In 1989, David and his wife Sandy moved to Arizona for Sandy's health. David went to work for Sun Devil Fire Equipment Company working on fire extinguishers and eventually became a supervisor when he later went to Pyrotechnics. While at Diamond Fire he trained people to use fire extinguishers and how to safely put out fires. At age 62 David decided to take early retirement to spend his days with his wife Sandy and his parents, Jim and Virginia Campbell. They enjoyed traveling and of course fishing!

David bought a boat in 1993 where he spent 3 days or more fishing (if he could) at Lake Pleasant followed by a meal at Wild Horse. He won several local fishing tournaments. He would bring home coolers of striper and crappie. He would clean them with the help of his wife, and they would smoke several batches and pass packages of smoked fish to family and friends.

David is preceded in death by his parents Jim and Virginia Campbell, his son, Jim Anthony Campbell; and his sister Nancy (Campbell) Wells. He is survived by his loving wife Sandra Lynn (Bramm) Campbell of 62 years, his daughter, Lauri Ann (Campbell) Kohnke as well as three grandchildren, Brandon McClain, Ashley (McClain) Barred, and Christina (Kohnke) Worsnup; their respective spouses; and a beloved great grandfather of seven.

Funeral Services will be held at 11:00 am on Saturday, October 15, 2022, at Warren Funeral Home, 1475 N. Cemetery Road, Gurnee, Illinois, 60031 with Pastor David Adams of New Song Ministries. The interment will immediately follow at Warren Cemetery in Gurnee on the property as the funeral home.

In lieu of flowers, we are asking for memorial contributions be made in David Campbell's name to the American Cancer Society of Lake County Illinois, Regional Office Tri State International, St. 125, Lincolnshire, Illinois 60069. Phone Number:1-800-227-2345.

For further information please call Warren Funeral Home where the arrangements have been entrusted, 1-847-855-2760.

To order memorial trees or send flowers to the family in memory of David Campbell, please visit our flower store.