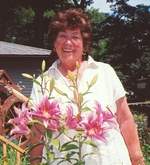 Diane L Clinge, 77, a lifelong resident of Wadsorth, IL. passed away on Thursday March 22, 2018 at Condell Advocate Medical Center in Libertyville, IL. Surrounded by her family.

Diane was a bus driver for over 25 years for the Newport and Milburn School Districts. She worked as a waitress on and off for over 30 years at the Shanty in Wadsworth. In 1958 she was the crowned Homecoming Queen for Warren Township High School and graduated from there later that year. When Diane was younger she was a member of the Wadsworth Wrangler's and the Rebel Saddle Club and really enjoyed horse shows, camping, snowmobiling, traveling and casino's with her family. She especially enjoyed spending time with her children and grandchildren at their cabin up north.

She was preceded in death by her parents, her twin brother, Donald and her grandson William Travis Clinge.

To order memorial trees or send flowers to the family in memory of Diane Clinge, please visit our flower store.