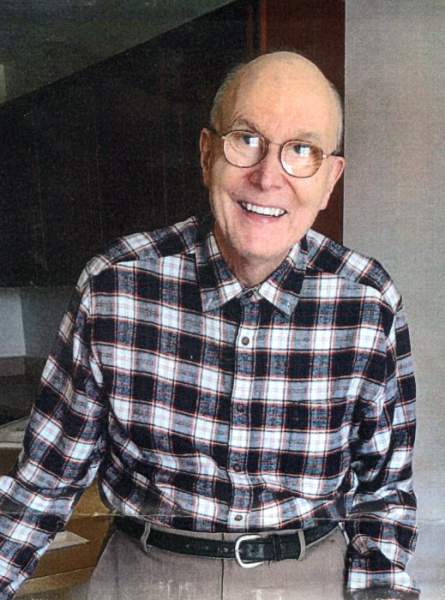 Donald Walter Krumrey, 78, passed away peacefully at Josie Harper Hospice House in Omaha, Nebraska on Saturday, February 20, 2021. He was born February 26, 1942 in Waukegan, IL to Bertha and Edward Krumrey. Donald was baptized into the Christian faith on April 5, 1942 and made his confirmation on March 25, 1956 at St John Evangelical Lutheran Church in Libertyville, IL.

He was a graduate of Grayslake High School and the University of Illinois, majoring in mathematics and physics. His career encompassed companies making airplanes, ships, missiles and rockets or maintaining nuclear reactors and two City of Chicago departments.

He was a member of Living Hope Church in Omaha, Nebraska. Don enjoyed traveling and being involved with his charity at the Chicago Lighthouse Low Vision Center where he received all his sight saving visual aids. He is forever thankful for them.

His motto was “Do the best you can, take personal responsibility and realize your full potential.”

Visitation will be from 9 am until the time of service at 11 am on Friday, February 26 at Warren Funeral Home, 1475 N Cemetery Rd. Gurnee. Interment will be in Warren Cemetery.

Due to the COVID-19 pandemic, and in accordance with current State of Illinois Phase 4 regulations, all guests will be required to wear a face mask at all times while in the funeral home.  There will be a maximum of 50 people allowed in the funeral home at a time and proper social distancing must be practiced.

To order memorial trees or send flowers to the family in memory of Donald Krumrey, please visit our flower store.