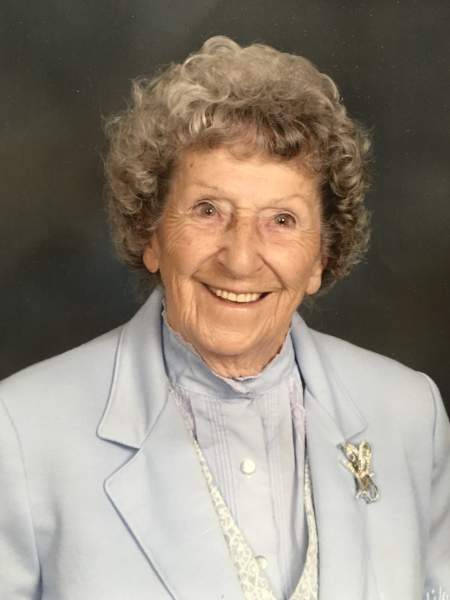 Dorothea M. Reineke, 101years of age of Gurnee, Illinois passed away at The Village at Victory Lakes in Lindenhurst on Friday December 1, 2017.
She was born on January 31, 1916 in Chicago to the late John and Minnie (Koelkebeck) Broderick. Dorothea married Carl P. Reineke on April 4, 1942. He preceded her in death in 1976. She worked as a Defense Plant Inspector. Dorothea is survived by her son, John (Lynn) Reineke, her daughter Carol Esler, a brother, James Broderick, a sister, Jane Murphy, 5 grandchildren, Kenneth (Sharon) Esler, Steven (Robin) Esler, Elizabeth (Cory) Brown, Andrea (Jonathan) Hueschen and Tyler Reineke, as well as 9 great grandchildren. Dorothea was preceded in death by husband Carl, her parents, her brothers Robert and Jack Broderick and her sisters Genevieve McCormick and Mary Broderick, as well as her son-in-law Carl Esler.
A Memorial Mass will be held on Friday, December 29, 2017 at 11:00 A.M. at Prince of Peace Catholic Church in Lake Villa. Visitation will be held on Friday, December 8, 2017 from 4:00 to 8:00 P.M. at Warren Funeral Home, 1475 N. Cemetery Road, Gurnee, IL 60031. The Family is being assisted by Warren Funeral Home.

To order memorial trees or send flowers to the family in memory of Dorothea Reineke, please visit our flower store.