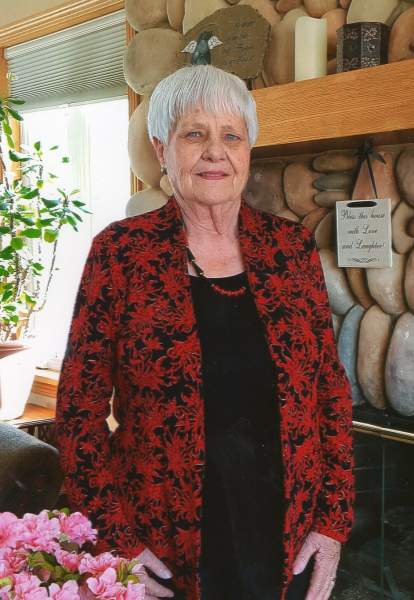 Edith Kofler, 83 years young, passed away at home on Monday, March, 27th, 2017, after a courageous, 4 month battle with pancreatic cancer.
"Edie" as she was known to many family and friends was born in Niederhadamar, Germany, on January 15, 1934, to Jakob and Klara Pauli. Then on October 18, 1952, also in Germany, she married Karl Kofler. They came to the United States in 1959, and were married for 56 years until Karl's passing on July 13, 2009.
In her younger years, Edie was an accomplished seamstress. She also enjoyed bowling, traveling and socializing. Upon arrival in the United States, she and Karl started the Karl Kofler Painting and Decorating Company, which she was Treasurer and Secretary of. Edie continued working at the family business until earlier this year when health issues would not allow her to carry on. During the winter months, she and Karl enjoyed being 'snow birds' and spent their winters in their motor home at Bullhead City, Arizona, where many friends were made. This also enabled them to spend time at one of their favorite locations, Las Vegas. Bingo was a favorite game of Edie's. Edie was also a lifetime member of the Moose Club and the Elks Lodge.
The past several years, Edie was a well know, and a daily fixture at the Warren Township Senior Center. A game of bingo, bunko, canasta, or dice was always on the agenda.
Besides her parents and husband, Edie was predeceased by her brother, Horst Pauli in Germany.
Edie is survived by her two sons, Robert (Carol Walton) Kofler Sr, of Gurnee, IL and Gary (Ruth) Kofler of Beach Park, IL. She is also survived by her grandson, Robert Kofler Jr. of Libertyville, IL and granddaughter, Kelly Kofler of Lake Villa, IL. Her pride and joys, were her two great-granddaughters, Anika Kofler (mother Clarice Shiu), and Lillian Hildebrandt (father Mark Hildebrandt). Edie's sister Hilde Cook, along with her family in the North/South Carolina area, also survive. Other survivors include dear family friend, Emma Bartman; special niece Corinne Fountain; Sisters-in-Law Herta Fountain of Spring Green, WI and Erni Pauli of Germany; and brother & sister-in-law, Werner & Senta Kant of Eagle River, WI. Edie is also survived by many step-grandchildren and great-grandchildren and family and friends throughout the United States and Germany.

Funeral services will be held at the Warren Funeral Home, 1475 N Cemetery Rd, Gurnee, IL 60031. The family will receive guest on Sunday, April 2, 2017 from 2 pm until 5 pm. Funeral service will be at 11:00AM on Monday, April 3, 2017 at the funeral home. Entombment will follow immediately. In lieu of flowers, memorials to the Warren Township Senior Center would be appreciated.

To order memorial trees or send flowers to the family in memory of Edith Kofler, please visit our flower store.