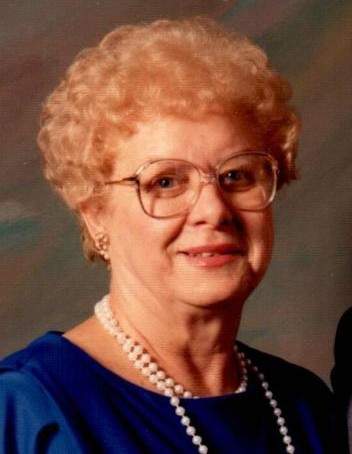 Eleanora Zdanowicz, 92 of Waukegan passed away on Sunday, December 30, 2018 at the Terrace Nursing Home in Waukegan.

She was born on September 22, 1926 in Waukegan, Illinois to the late Walter and Frances Rynkiewicz.  On May 8, 1948 she married Walter Zdanowicz Sr.  He passed away on February 11, 2015.  Eleanora attended St. Therese Nursing School and became an R.N.   She worked for a few Dr’s offices and then worked at St. Therese’s until her retirement in 1985.  After retiring she was church secretary first at St. Mary’s in Mundelein and then St. Anastasia’s Church in Waukegan.  She and her husband enjoyed traveling and had gone to Africa, Europe, and Alaska and enjoyed traveling the U.S. to attend Hot Air Balloon Festivals.

She was preceded in death by her husband Walter in 2015, her parents, her son Joseph Andrew Zdanowicz, her brothers, Walter (Rusty) Rynkiewicz and Carl (Frances) Rynkiewicz.

Burial will be at Ascension Catholic Cemetery in Libertyville, Illinois.

To order memorial trees or send flowers to the family in memory of Eleanora Zdanowicz, please visit our flower store.