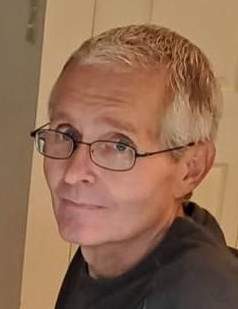 As written from the perspective of Erika, Frank's spouse:

My husband, Frank Csulits passed away at the age of 66 on October 1st 2022 after 19 months of fighting cancer.

Frank was born in Chicago December 20th 1955 and attended Lane Tech High School. He then attended DeVry University and graduated later with a bachelor degree in electrical engineering.

His professional career started at AB Dick Company, a major American manufacturer of lithographic printing equipment.  Years later and until his retirement in December 2020, he worked for Cummins Allison Corporation, which is a global leader in innovative banknotes and a manufacturer of coin and currency machines and shredders.

Frank had an incredible work ethic and loyalty to his work and people. He always strived to improve himself and never put himself above others. In addition to his dedication in all facets of his life, he loved music and learning to play instruments. At an early age he began learning how to play the accordion. As a boy and young man, his parents took him to annual competitions for the best young accordion players in the state. Later, while in high school, he took up the clarinet and was a member of the high school band. As an adult he bought a piano and learned to play quite well. I will dearly miss the gentle sound of the piano in the house.  In his free time Frank and I both enjoyed the outdoors very much. Our shared love of nature was on the top of the list when we discussed activities and vacation destinations. We spent many vacations camping at several national parks.

I met Frank in Chicago in 1978, and we married in 1979. Frank and I spent 43 wonderful years together.  He became a father to my daughter from a previous marriage and we raised her together in our loving home. In July 2005 we were blessed with the granddaughter.  I will miss my husband dearly.  All the wonderful memories we built together through the years will be cherished and never, ever be forgotten.

In addition to me, his wife, Erika, Frank is survived by his daughter Simone Tosch and her husband Martin.  They have one daughter, Antonia, Frank's granddaughter.  His brother Matthew Csulits and his wife Lori and their daughters Rosa and Sarah. His sister Eva Diedrich and her husband Tony. Lastly Frank is survived by my brother Michael Wendler and his wife Marga and their daughter Anna-Lena.

The Csulits Family has entrusted Warren Funeral Home to assist with the arrangements. Please call 1-847-855-2760 for further information.

To order memorial trees or send flowers to the family in memory of Frank Csulits, please visit our flower store.