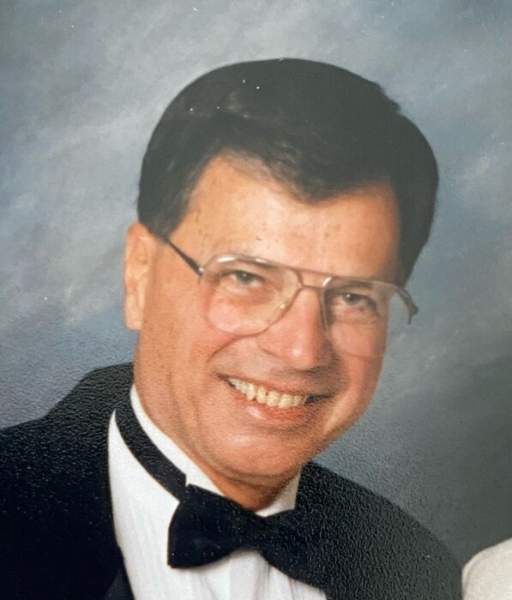 He was born on February 17, 1936 to the late Marshall and Alice (Neely) Erickson in Waukegan, IL.  On February 20, 1965 he married the love of his life, Carole Ruth May on a gorgeous sunny day at Christ Episcopal Church in Waukegan.  She preceded him in death on May 28, 2015.

Jerry was born and raised in Waukegan, graduating from Waukegan High School and then Lake Forest College with a Major in Business.  His father passed away at an early age and he assumed the role of President and CEO of Genesee Electric Company which was started by his father and he continued to run and operate for decades.  After Jerry and Carole were married, they moved to Gurnee in 1968 in a home that he designed and built.  Together they raised Karen and Kristine in this home.  He loved the game of golf and in the 1970s became a member of The Glen Flora Country Club where his father previously belonged.  Many life-long friends were made over the many years.  He loved spending family time wherever that could take place:  home, the club, Lakewood, or traveling down to Florida.  Summers were spent in Lakewood, WI where he enjoyed Waterskiing.  Many, many laps around the lake as either the skier or the boat driver provided endless fun for all the entire summer.  He also was a member of The National Electrical Contractors Association (NECA), where many trips were taken around the United States and became fun family events.  Jerry also took extreme pride in his yard.  He loved working outside and was known to have a manicured lawn that was meant to be looked at and not walked on.  In 1996 after both girls were married, they decided to once again build a home in Wadsworth where they lived until Carole’s passing.  Being the golf lovers, they lived on Midlane Golf Course and enjoyed both playing and heckling some of the want to be golfers.  During retirement they enjoyed the winters in South West Florida with many of their friends and family was always the highlight of the winter vacations.  Many, many beach days, trips to the zoos, Airboat Rides, fishing, Catamaran rides, lots of great restaurants and just endless fun.

He was preceded in death by his wife, his parents and his twin sister Janet Rudolph.

Due to Covid 19, there are no immediate plans for a service.  The family will decide at a later date how we will celebrate and remember their lives.

To order memorial trees or send flowers to the family in memory of Gerald Erickson, please visit our flower store.