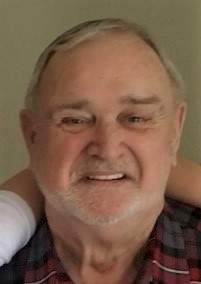 Harry is survived by his wife Linda, his daughter Pamela (Kevin) Coughlin, his beloved grandsons, Jacob and Jason, and family in WV and GA.

He was preceded in death by his parents and his brother, Tommy Joe Simpson.

Harry grew up in Justice, WV.  He married Linda, and they moved to Chicago in 1965.  He soon started his owning trucking company, and successfully ran that with his wife for many years until they retired.  He enjoyed fishing on his boat on Lake Michigan with his family and friends, but his greatest joy was his grandsons, Jacob and Jason.  They meant the world to him, and he was so very proud of them both.  They affectionately called him Bucka, and they were “Bucka’s boys.”

He was an awesome father, a loving husband and a proud, proud grandfather.

Harry was a great friend to many (Bonnie, Lester, Joann, just to name a few), and everyone who knew him would say what a great friend he was.  He was generous, caring, and a very funny guy.  He had such a way with words, he was always cracking jokes, and he was always laughing and smiling.

His brother David was, by far, his closest friend.  They spoke pretty much daily, and had a wonderful brotherly bond that stretched over miles and years.

He will be deeply and truly missed by his family and friends, and by all who knew him.

A private service has been held.

To order memorial trees or send flowers to the family in memory of Harry Simpson, please visit our flower store.