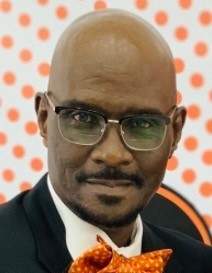 James Edward Bobo was born on November 21, 1951 to the late Robert and Louise (Smith) Bobo Jr. in Chicago, IL.  He grew up in Chicago with his three brothers and two sisters. He attended South Shore High School in Chicago. After high school, James joined the United States Armed Forces. He was in the Navy and the Marine Corp. and was sent to fight overseas in Vietnam. James was injured during the war and received an honorable discharge with the award of a Purple Heart. He returned home shortly after he sustained his injuries.

Although James was very proud to have fought for his country, he suffered from PTSD from his time in the war. He struggled to find his way, but someone introduced him to God and his life changed. James loved the Lord with all his heart, all his soul, all his might.

James was always striving to achieve as much as he could. He obtained many certificates and diplomas during his life, including his LPN in which he worked in a nursing home for many years.

Shortly after becoming a man of God, James moved to Lake County—where he started a job at the James A Lovell Federal Healthcare Center. James worked for the VA and GoodWill for many years. In 2004, his job with GoodWill led him to meet his wife, Debra Cornelious in which they were wed on March 18, 2007. Their two families blended together as one, affectionately known as Bobo-Alowishus. To James, family was the most important thing next to God. He loved spending time with his family.

James was always preaching the word of God to whoever he could. He taught Sunday school; He brought food to the needy; He taught the Gospel in church and in the streets. James became an ordained Elder in July 13, 2012. Since that time, He baptized countless servants of the Lord—including his grandkids.

James was ordained by, as well as an active member of the Pentecostal Assemblies of The World, Inc and an Elder at New Beginnings Ministries of Lake County, under the leadership of his pastor, District Elder Marvin Bembry. He was a servant of the Lord, a U.S. veteran with a purple heart, a proud family man, and so much more. He was loved by so many.

He was preceded in death by his parents, his grandmother; Eldora Moore, his sisters; Maxine Ware and Dorothy Ann Singleton, and his brothers; Robert Bobo III, and Charles Bobo.

The family would like to express their sincerest gratitude to his caregiver, Maria Lagunas, Fresenius Kidney Care, and the staff at the James A Lovell Federal Healthcare Center.

Due to the COVID-19 pandemic and staying in accordance with current State of Illinois mandates, all guests will be required to wear a face mask at all times.

To order memorial trees or send flowers to the family in memory of James Bobo, please visit our flower store.