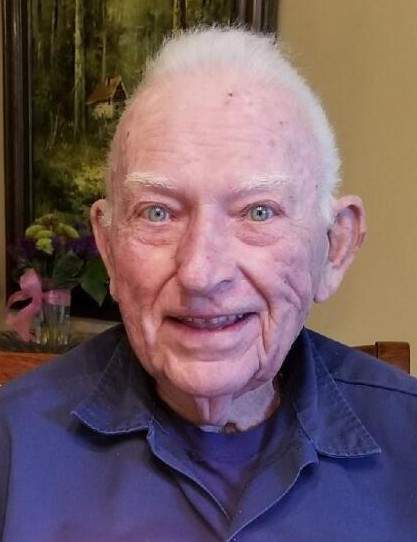 Jim Strang, 86, of Gurnee died on Tuesday, May 4, 2021 at Advocate Condell Medical Center. He was born in Waukegan on June 10, 1934. He attended Waukegan schools through ninth grade. Jim graduated from Warren Township High School, Gurnee in 1952. He received his Bachelor of Science in Education and a Masters in Science in Education from Northern Illinois State College and did postgraduate work with Nova University.

Jim served with the U.S. Army Reserves as an instructor in Medical Company L of the 337th Regiment. He was the Director of the Water Safety programs for the American National Red Cross in Lake County in the 1950's and a First Aid Instructor for the Lake County Sheriff's police and the Gurnee Fire Department in the 1960's. He served on the Gurnee Volunteer Fire Department achieving the rank of lieutenant and president of that association. He was the first Director of Parks for the Village of Gurnee and the Gurnee Park District, the latter of which he served as a commission member. He was director of the swimming program at Gowe Park for a number of years while he held a teaching position at Warren Township High School. During his thirty-two year tenure in District 121 he served as a teacher in biology, health, science and physical education and coached football and wrestling. He held administrative positions as the Athletic Director, Director of Pupil Personnel Services, Principal and Director of Administrative Services and State Mandates.

Jim became chairman of the new building committee for the Church of the Annunciation of Our Lady in Gurnee upon retirement from WTHS in 1989. He was a member of the Immaculate Heart of Mary, the local chapter of the Anglican Society of Mary. He later joined the Roman Communion and was a member of Queen of Peace Catholic Church in North Chicago.

Jim was named to the Wall of Honor as a distinguished alumnus by WTHS, Exchange Clubs Book of Golden Deeds Award recipient and Gurnee Days Honoree in 1993. Jim was a consultant for ten years to Ombudsman Educational Services, Libertyville, IL. He was past president of the Warren Cemetery Association and served as a member and chairman of the Gurnee Civil Service Commission. His hobbies were photography and fishing.

Jim was preceded in death by his parents, Raymond W. Strang in 1957 and Minerva M. (nee Willoughby) Strang in 1992 and his grandparents John and Ellen Strang and Thornton and Bertha Willoughby. He will be dearly missed by all of his friends.

Funeral Service with Mass of Christian Burial will be held at 10 AM on Tuesday, May 11 at St Raphael the Archangel Catholic Church, 40000 North U.S. Highway 45, Old Mill Creek, IL 60046; The Rev. James E. Marold officiating. Interment will be at Warren Cemetery.

Visitation will be at Warren Funeral Home 1475 Cemetery Road, Gurnee on Monday, May 10 from 4:00 to 8:00 PM with a prayer service at 7:00 PM. Due to the COVID-19 pandemic, and in accordance with current State of Illinois Phase 4 regulations, all guests will be required to wear a face mask at all times in the funeral home.  There will be a maximum of 50 people allowed in the funeral home at a time and proper social distancing must be practiced.

Memorial donations may be made to St Raphael the Archangel Catholic Church, the Gurnee Fire Department, or the Warren Township High School Scholarship fund.

To order memorial trees or send flowers to the family in memory of James Strang, please visit our flower store.