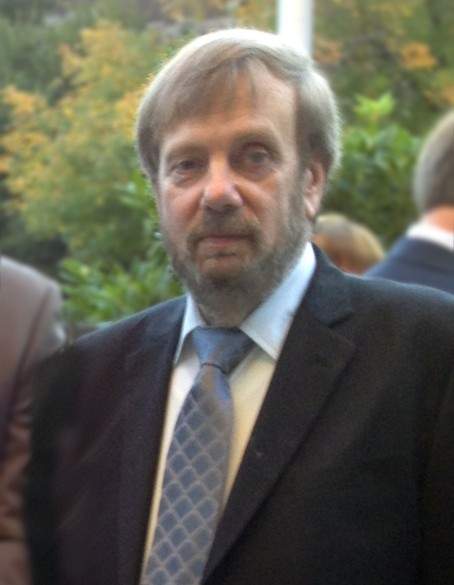 Martin A. Erlandson passed away on September 9, after a short battle with cancer. He passed at JourneyCare Hospice in Barrington, IL, with his beloved wife by his side. Marty was born to Wilfred and Nicolina (Caruso) Erlandson in Hartford, CT on January 1, 1945, the first New Year’s baby. He lived in Connecticut all his life until moving to Illinois in 2005 with his wife, Wendy, to be close to her family.

Marty is survived by his wife Wendy Reed, step-sons Nathan Reed and Blake Reed, two step-grandchildren Kevin Smith and Kayla Smith, and his wife’s large extended family. In addition to his parents, he was preceded in death by his step-son Jerry Smith.

Although he was an only child, Marty never lacked for companionship due to his mother’s large Italian family.  There were card games every Friday night, summers spent with cousins first at Cape Cod and later at the Connecticut shore, and seemingly endless holidays and other family gatherings. Although the Caruso family could be boisterous, Marty drew people to him with his wry sense of humor and calm demeanor. He was a favorite cousin. He maintained a close relationship with cousins Daria Caruso Condon (Garret) in Connecticut and Tom Caruso (Kathy) in Pennsylvania. Even though they were geographically separated, they kept in regular contact – especially during basketball season when they passionately rooted for the University of Connecticut Huskies.

Marty has said of himself that he didn’t have any special talents and he wasn’t good-looking (both not true!) but he was proud of his mind and memory. Nobody wanted to play trivia games with him unless they were on his team! Marty proved his self-assessment accurate by graduating from Central Connecticut State University with degrees in Mathematics and Physics. He then taught in the Science Department at Cromwell High School in the late 1960s and early 1970s.

Later he sought autonomy by teaching himself computer programming and making a living as a self-employed programmer. He wrote a series of educational programs, including Berenstain Bears programs for training children who needed eye exercises.

Marty was a true Renaissance man. If he needed or wanted something, he usually figured out a way to do it himself. He taught himself sewing and even made some tailored clothing. Then in order to maintain his newly purchased 1968 Corvette, he moved on to teach himself auto-mechanics. His special and lifelong passion was woodworking. He was a master at taking scrap wood and turning it into treasure. He loved making clocks and furniture, and fixing anything that needed fixing. After retirement he added cooking and baking to his list of skills. His desserts were especially appreciated. Of course, he is also known for his entertaining stories, delivered with his trademark dry wit.

Bowling was a large part of his life in his younger years. He bowled in tournaments up and down the East Coast. He considered playing on the Amateur Circuit but decided to stay in CT to help his mom after his dad passed. He was a devoted son who cared for his ill mother for years until she passed.

Marty met his wife of 18 years while she lived in Connecticut. (Thank You, AOL, “You’ve Got Mail”!!) After Wendy was able to accept the fact that Marty did not take fashion advice from anyone, they decided to get married. So, at the age of 58, Marty married for the first time in 2003. After living in beautiful Connecticut all his life he agreed to move to Illinois so his wife could be near her family.

Marty spent the last 16 years of his life in Illinois (which, in his opinion, was not as beautiful as CT!). His new family and his church family added a wonderful new dimension to his life.

The last weeks of his life were difficult, but he and Wendy grew closer than ever. The only pain that he had was psychological due to the fact that he was unable to eat or drink. He was at peace with dying and with Jesus. He showed his usually hidden softer side, and it touched all who visited or called.

During his hospitalizations, Wendy spent many nights at his bedside. Throughout his last night she played soft music, talked to him as he rested with his eyes closed, held his hand, and stroked his head. Wendy told him that she loved him, would miss him, and reassured him that she would be okay. She then told Marty it was okay for him to let go, saying, “If you see Jesus or angels, run to them!”

Marty was a beloved family member, and a loyal friend who enthusiastically offered help to anyone who needed it. He is dearly missed and remembered with love.

To order memorial trees or send flowers to the family in memory of Martin Erlandson, please visit our flower store.