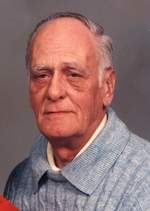 Norman E. Whitlock, 86 of Lindenhurst passed away Thursday August 9, 2018 at his home.

He was born on April 17, 1932 in Waukegan to the late Otis & Bernice (Cunningham) Whitlock. Norman served in the U.S. Marine Corps from 1951 to 1954. On December 13, 1953 he married the former Rose Warren. Norman was known throughout Lindenhurst and the surrounding areas as "Norm the Barber".

He was preceded in death by his parents; his daughter, Kathleen Fewell and his sister Jackie Dowe.

Burial will be at Highland Memorial Park in Libertyville, Illinois.

Warren Funeral Home is assisting the family with arrangements.

To order memorial trees or send flowers to the family in memory of Norman Whitlock, please visit our flower store.