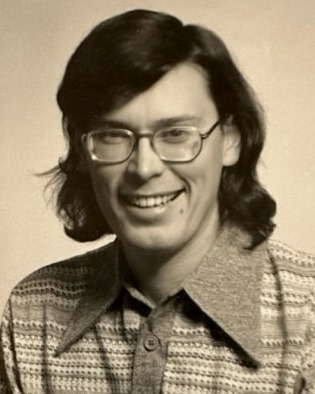 Richard Eugene Sidinger – dedicated husband, father, grandfather, and friend – passed away at home in Gurnee, IL on Tuesday, November 22, 2022, after a long battle with Alzheimer’s.

Rick was born to William Purn Sidinger, Sr and Mary Elizabeth Walbourn in Salem, OH on October 7, 1946.  He graduated from Salem Senior High School in 1964 before enlisting in the United States Air Force in 1966.  Rick is a veteran of the Vietnam War and worked with Electronic Communications and Cryptographic Equipment.  After serving in the military, he met the love of his life, Judy and were married on November 10, 1973, in Virginia before moving to Sacramento, CA to attend the Glen Fishback School of Photography.

Rick and Judy had two children, son Brian who was born in 1979 and a daughter Megan who was born in 1984 while residing in Palm Harbor, FL.  He also worked with his father in the woodworking industry during his time in Florida.  In 1988, Rick and his family moved to Gurnee, IL where he resided for 34 years.  His skill in woodworking continued while building stairs for Birger Juell Flooring Company in the shop & field and Cooper Stairs as a CAD Draftsman.

Rick loved all things fishing; from taking his children fishing often at a young age to working part-time at Bass Pro Shops for many years.  He also was fond of technology and found joy working on computers where he was always up to date with the latest software.  Rick enjoyed music and was always there to take his kids to their favorite band concerts.  He had many interests & hobbies but what Rick enjoyed most was spending time with his family and friends talking about everything.

Memorial visitation will be held from 11:00 a.m. until 1:00 p.m. on Friday, December 2, 2022, at Warren Funeral Home 1475 N. Cemetery Rd. (located on the northside of the intersection of Tri-State Parkway and Cemetery Rd.) in Gurnee, Illinois 60031.  A U.S. Air Force Military Honors Ceremony in honor of his service will begin after visitation in which everyone is invited to attend.

Warren Funeral Home is assisting the Sidinger Family in their time of grief. For further information please contact Warren at 1-847-855-2760.

To order memorial trees or send flowers to the family in memory of Richard E. Sidinger, please visit our flower store.