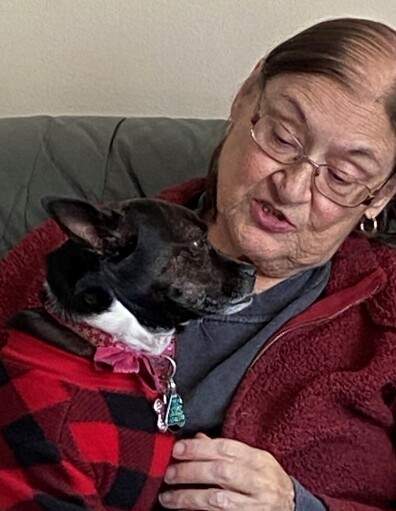 Susan Tucker, 71, of Gurnee, IL, passed away on Sunday, February 13, 2022, at Froedtert hospital in Milwaukee, WI, with her loving family at her side.

She grew up in Antioch, IL and graduated in 1968 from Carmel High School in Mundelein, IL.  After graduating high school, Sue went on to attend both Western Illinois University and the College of Lake County.  She then took a job at Illinois Bell and was later promoted to Systems Analyst, spending years programming mainframe computers before retiring after her son Michael was born to become a full-time mom.

Sue loved playing Bingo and bowling, listening to oldies and later country music, collecting Precious Moments figurines and Beanie Babies, and reading books. She was a die-hard fan of the Green Bay Packers to the bewilderment of her brothers, who were both Bears fans.  She always drove VW cars (Beetles and Rabbits) until her husband Mike introduced her to larger Chevrolets, when she became an Impala enthusiast.  One of her all-time favorites activities was going to restaurants with her sons William and Michael.

She was preceded in death by her parents; son, William (Kjersten) Tucker; and brother, Branden (Janice) Shaefer.

A memorial visitation will be held on Saturday, February 26, 2022, from 11 a.m. until 1 p.m. with the funeral service following immediately, at Warren Funeral Home, 1475 N. Cemetery Rd., Gurnee, IL.  Inurnment will be at a later date.

In lieu of flowers, please consider a memorial donation in Susan’s name to Orphans of the Storm.

Due to the COVID-19 pandemic, and in accordance with current State of Illinois mandates, all guests will be required to wear a face mask while in the funeral home.

To order memorial trees or send flowers to the family in memory of Susan Tucker, please visit our flower store.