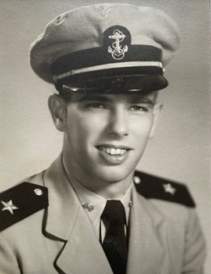 He was preceded in death by his beautiful and loving wife Lauretta Donaldson (d 11/20/2020).  They were married for 68 wonderful years.

Bill was born and raised in Milwaukee, WI and graduated from Sullivan High School in Chicago in 1947.  While raising a young family, William attended Lake Forest College and earned a bachelor’s degree in Business in October 1964.

Bill served in the U.S. Navy and U.S. Marine Corps in the late 1940’s and early 1950s.  He would eventually work for and retire from Commonwealth Edison Company starting as a lineman in Northbrook, Illinois and being promoted to the downtown office in Chicago with their Nuclear Quality Assurance Division.

His forever burning passion was aviation in many forms; from taking his young songs to EAA Oshkosh to teach the historical and personal accounts of pilots and aircraft, to traveling to aviation museums.  He learned to fly when he was 60 years old and progressed to being proficient in aerobatics at Waukegan and Kenosha airports.  He was also a part of restoring to static display the Vietnam era F-105 Thunderchief aircraft in Anderson, South Carolina.

In retirement, Bill and Lauretta were very blessed to be able to travel the US and Europe seeing lifelong friends here and family relatives in England and Scotland.  They also enjoyed European river cruises.

One of their greatest joys was being close to and spending time with the grandchildren as they grew up.  Thank you, Mom and Dad, for the gift of not taking ourselves too seriously and giving us that family humor. Bill also enjoyed going with Lauretta to estate sales over the years on a frequent basis.

He will be deeply missed by all his family.  God speed Dad, we will always miss and love you!

Inurnment with military honors will take place at Warren Cemetery and Mausoleums at a later date.

To order memorial trees or send flowers to the family in memory of William Eck, please visit our flower store.