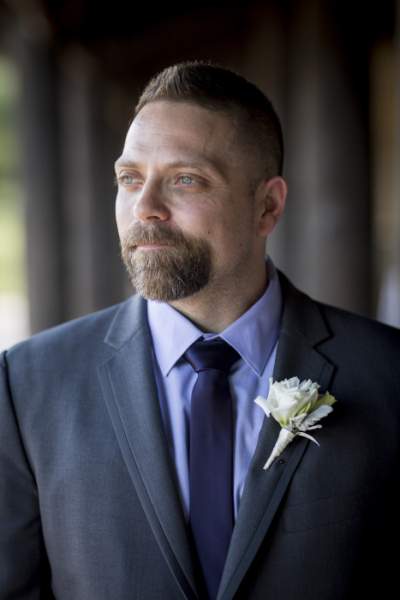 Zachary Scott Florio, 43 of Lake Zurich, passed away on Sunday, October 25, 2020 at home surrounded by his loving family and friends

He was born on April 22, 1977 to Terry and Vicki Lee (Dunning) Florio in Waukegan, IL.  On October 8th, 2016 he married Lindsey Stites in Dripping Springs, Texas.

He was preceded in death by his Grand-Parents, Charles and Mae Florio, Glenn and Betty Dunning, his uncle and aunt Kenneth and Patricia Reed and his aunt Robin Lynn Florio.

Zach grew up in Waukegan, graduated from Warren High School in 1995 where he starred as a varsity running back. He later graduated from DePaul University with a bachelor degree in computing. Zach began his long and successful professional career in IT at Maron Structure Technologies, moving later to American Imaging Management, and finally as the VP of Enterprise IT and Security for DuPage Medical Group.

Zach was an enthusiastic Xbox gamer and was known, loved and respected in the gaming community. He also was an avid fan of his beloved Notre Dame Fighting Irish, even travelling to Ireland to watch them take on Navy. Zach loved traveling with Lindsey and family and had many exciting adventures. Zach was fortunate and proud to meet the love of his life Lindsey in 2014 whom he married in 2016.

Zach was one of a kind, with the courage of a lion and the soul of an Angel. He was always there with a pat on the back or loving encouragement for family and friends. Zach lived his life in the Light. He will continue to be loved and missed by all who loved and knew him.

In lieu of flowers please consider a donation to colorectal cancer research or your local animal shelter on behalf of Zachary.

In accordance with current State of Illinois mandates due to the Covid-19 pandemic, all guests will be required to wear a face mask at all times.  There will be a maximum of 50 people allowed in the funeral home at a time and proper social distancing must be practiced.  We thank you for your cooperation.

To order memorial trees or send flowers to the family in memory of Zachary Florio, please visit our flower store.